The Department of Planning, Lands and Heritage awarded the Palyku people a series of grants to install cultural signage at a number of sites across Palyku country which are considered ‘at risk’. 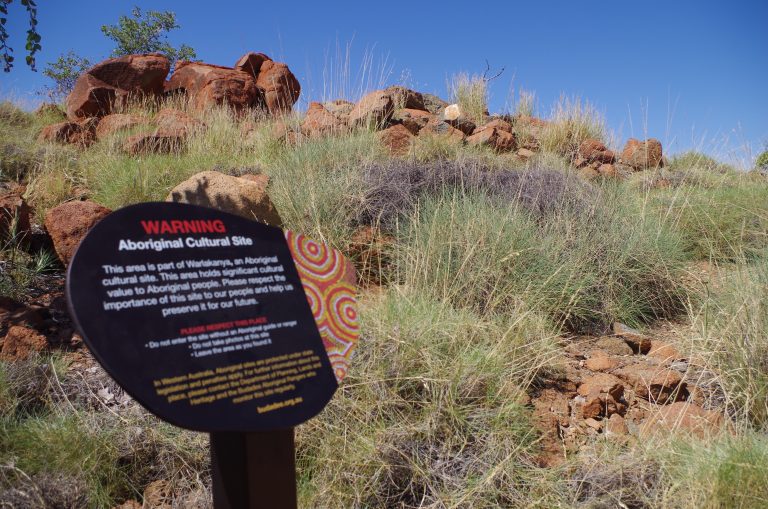 To ensure the signage was a true reflection of the cultural significance of these places and the cultural protocols practiced within them, Terra Rosa consulted with Palyku elders and local communities on the cultural information and Dreaming stories for each site. Senior and Junior Palyku women from the Irrungadji community worked together to create the artworks depicting the Dreaming stories represented on the signage.

After the extensive community consultation, review and elder approvals, the new signs were installed across Palyku country in March 2020, led by small teams of Palyku rangers in  collaboration with Publik and Terra Rosa’s anthropologists.

The signs have attracted substantial positive feedback, with a report in increased sense of pride among the rangers and the local Aboriginal communities.

This project helped build the capacity of Palyku people and rangers by engaging them in meaningful and culturally appropriate land management activities.

Plans are already underway for more signage projects across Palyku country, so stay tuned for further project information and updates!